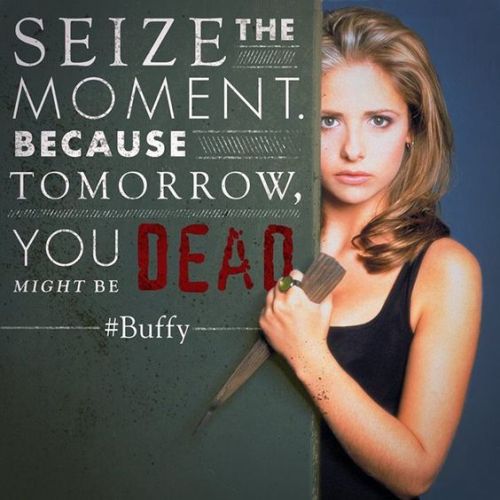 I mentioned in my blog post for 20 Years of Buffy that I plan on writing life lesson/inspirational posts inspired by Buffy. My intentions are to write one per episode or cluster of episodes, depending on what quotes or lessons I can get from them. In this post, I’m sharing a scene from the first episode of season one and the sixteenth episode of season five, because they seem to go together quite well, especially given the nature of what I’m going to write.

On May 12, 2017, my grandpa (paternal grandfather) peacefully passed away in a lost battle against cancer while sleeping. On the morning of May 22, 2017, it was announced Executive producer Marsh McCall of Fuller House passed away unexpectedly. Then, later in the evening of the same day, it was reported that there was an attack at Manchester Arena during an Ariana Grande concert that killed 22 people and injured 59 others.

My grandpa’s viewing, or wake, was on Sunday, May 21, 2017. As the evening went on and various people spoke and shared memories of Grandpa Willis, I watched as many of my twelve brothers and sisters and various other family members took turns breaking down in tears. I personally am not a crier, but I do feel immensely deep emotions that are only intensified by the emotions of others, so my feelings were through the roof as I watched each of my siblings react in their own unique ways. My sixteen-year-old brother is like me; we don’t really cry. My mom, dad, twenty-one-year-old brother (who, as requested by Grandpa, stayed in Virginia where he and his wife are stationed for his position in Navy), and eighteen-year-old sister are alike in that it’s incredibly rare for them to cry, but they will in emotional moments like at a funeral. My fourteen-year-old brother, twelve-year-old sister, nine-year-old sister, and seven-year-old sister are the emotional time bombs of the family. They’re always dramatic and act accordingly to the situation. Sometimes, it’s completely understandable, like at a funeral, while other times it’s just completely over the top. Then, there is the thirteen-year-old girl, eleven-year-old boy, and eight-year-old boy, who are completely unpredictable. Sometimes they’re as emotional as the time bombs and other times they’re as calm as the sixteen-year-old and I are. Finally, there are the five-year-old boy and the four-year-old girl. I’m not nearly as familiar with their emotions as I am with the others, because I moved out when she was almost two and he was three. I did expect them not to know what was really going on though and I was right.

The five-year-old was rambunctious and restless, because he didn’t understand why he had to sit and be quiet for so long. The four-year-old was just as restless, but not quite as rambunctious. I’d say it’s probably because she carries herself like a princess, while he’s all boy, but I don’t really know what was going on in their little heads. I do know that on May 22, 2017 while we were sitting through the funeral service, they were both incredibly excited. John, the five-year-old, was in awe of the fact that we got to see pictures of Grandpa when he was young and in the Navy up on the TV screens, while Bonnie, the four-year-old, got a kick out of being just tall enough to see Grandpa’s nose and bald head over the casket. It may seem odd for me to say this about something that happened at a funeral, but my heart was filled with somber joy at the sight of their innocence. They understood everyone was sad, but they didn’t know why. They just knew that we were there to see Grandpa and that we were seeing him in an unusual way.

What broke my heart the most though was watching them sit with Momma at the graveyard and look around at all the crying faces. I watched as the light slowly dimmed in their eyes as they realized that something was wrong. They didn’t know what, but they did know from the tears streaming down everyone’s faces that something was terribly wrong. Like Anya in the second clip, they knew that Grandpa was gone, but they couldn’t understand where or why he was gone. None of us could. We all hope and expect that, because he claimed to put his faith in the Lord, that he is going to heaven, but we don’t truly know where he is or why he’s gone and that’s what hurts the most. That’s why the light in John and Bonnie’s eyes slowly dimmed while they looked around at everyone’s tear-streaked faces. We don’t have all the answers to the millions of questions running through our minds as we say goodbye to a loved one. My family and I don’t have all the answers, the cast of Fuller House and everyone else who knew their producer don’t have all the answers, and the friends and families of the Manchester Arena victims don’t have all the answers. Do you know what we do have though? We have hope. We can hope for a better day. We can hope and believe in the Lord God Almighty who died on the cross so that we might never have to shed another tear or feel another moment of pain ever again. We can also find hope from the words of Buffy Summers in the first clip—”seize the moment” or as Willow will say in a later episode not shown here, “Carpe diem.”

Whatever your beliefs may be, no one knows when anyone will breathe their last breath. Thankfully, in the case of my grandpa, we at least had a warning that he would very likely be passing away sooner than later. There was no warning for anyone that Marsh McCall would be passing away though, and certainly no one expected that going to a pop concert for Ariana Grande at Manchester Arena would lead to any fatalities. In past years, there was no warning that the young lives of Lauren Bump or Christina Grimmie would be taken at only twenty-four and twenty-two respectively. Most people don’t go into their day with the knowledge that it’s going to be or likely could be their last day on earth. That just doesn’t happen. If it did, then we wouldn’t need sci-fi movies, because we’d be living in one.

So, let us follow the wise, albeit cliché—as she points out in the full scene—words of Buffy Summers: “Seize the moment, ‘cause tomorrow you might be dead,” and let us all also remind ourselves as often as we can that, “life is like the morning fog–it’s here a little while, then it’s gone.” James 4:14.

Now, if you’ll excuse me, then I’m going to go reread my blog posts about Lauren Bump and Christina Grimmie, because sometimes, you need a fresh reminder of why seizing the moment is so important and few things can remind me more than the remembrance of two girls who were my age when their lives were suddenly cut short. 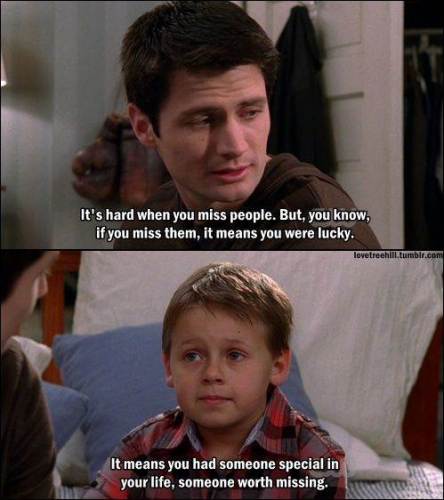