I drove for Uber Eats. While driving, I performed every song from High School musical in a row!

I drove for Uber Eats.

I woke up and showered before making calls for 2 hours.

Then, I went to the office to get our parking passes.

I spent the rest of day driving for Uber, working on my finances, and reading today’s passage/devotion for my YouVersion Bible Study. ❤️

I woke up and went to meet Lauren at The Cracked Mug. Then, I worked on my notes for leading youth Sunday. I spent the rest of the day driving for Uber Eats. Once again for the 4th day in a row, God has provided above my goal for payment today! ❤️

I woke up, studied my Bible, and drove for Uber all day because small group was canceled.

I listened to Prince Caspian on Libby. I worked on my budget. Nanny gave me corn dogs.

I woke up and went driving for Uber. Then, I went Hot Spot and listened to Diane Lampe speak.

I woke up after sleeping 12 hours and went to church. After church, I quickly went to Walmart for toilet paper and toothpaste and spent the rest of the day driving for Uber Eats. Yesterday, Nanny gave me most of the gluten free food she had at her house since I’m struggling to pay my bills and don’t have available credit on my cards… I cried tears of relief when I got home.

I woke up and drove some of the youth to the Guadalupe River. Maia (Peaches) Oliver and I spent most of our time there trying to catch minnows. I thought the little guys died in between trips for fish supplies at Walmart and Pet Smart, so I bought some at the store. They didn’t die, so now I have 8 minnows, 4 from the river and 4 from the store! Haha. Best Part: I started chatting with a woman and her son about our fish. After I told her I was saving the fish because we caught them at a youth event, she insisted on giving me money for the supplies and asked us to keep them in our prayers as they house hunt! ❤️ 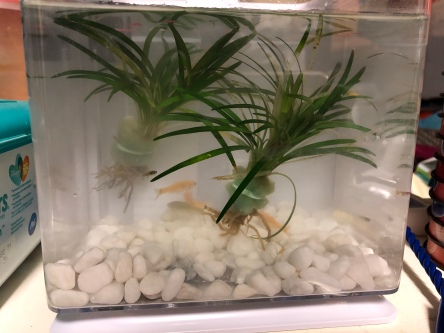 I went driving, before meeting Heidi for an appointment with Kacey and Deena.

I went to Heidi’s house to make calls, then met Ciara at Local Coffee. I finally tried an iced coffee and it tasted like coffee flavored chocolate milk with the chocolate sauce and creamer I got in it! Haha. Then, I went driving.

I woke up and went driving.

I was at Shelby’s house from 4ish to 9ish.

I woke up and went driving. Then, I went to Bible Study.

I woke up and went to church. Then, I went driving for Uber.

I woke up and went to the Alliance Boot Camp. I went to Walmart to buy eggs, bacon, and fries. I went driving for Uber. I finished the last Artemis Fowl.

I woke up and went to Papa’s so he and the boys could fix my back window again.

I worked on my budget all day. Looks like if I average $60.00 a day, then I’ll be on top of my bills, especially for the coming month when I’ll be out of town for Master’s Camp with the youth.

I listened to Artemis Fowl while driving.

It’s been a LONG week!

Sunday, I woke up for church and Ava and Abby (the Sims’ dogs) decided to pick that morning of all the times to be divas and not listen when I tried to get them in their cage. 😒

I went to church and it was weird, because Shelby, Morgan, and Ciara (and Robert) were all doing not church things so they weren’t there. It was still a good Sunday though! 🙂

Monday, I woke and went go drive for Uber. After only two orders I had to stop, because my radiator started steaming! 🙃 So, I called for roadside assistance with my insurance and got towed to the Mather’s. In about 24 hours, Mr. Scott had it up and running again! The Powers’ let me borrow their car again while I couldn’t use mine. So, I was able to go to Hot Spot.

Tuesday, I woke up and went ubering. Then, I went to bible study. We had to read 1 Samual 1-5 for homework beforehand.

Today, I woke up and planned on going to the office to watch TWC, but got the time mixed up, so I ended up listening while driving for Uber. I called Uncle Tony (and had a brief text message chat with Sarah) about the Alliance. It’s kind of a pyramid scheme, which is annoying, but Uncle Tony assured me that pyramid schemes aren’t necessarily a bad thing. What matters is if the company is reputable or not. Sarah basically said the same thing, mentioning how Doterra is the same way, and it’s legit. She even buys from them. Uncle Tony basically just encouraged me to keep asking questions until I’m comfortable and to be willing to work hard to make money. He also suggested to go at it part time until I know if it’s what I want to do.

So, I’ll keep driving Uber and maybe make calls while I wait. Then, I’ll see what happens from there. 🙂

I’m house/dog sitting for the Sims this weekend, so I came over this morning to check on the doggies and then left to drive for Uber. I can back briefly halfway through to take them out again and then left again. When I came back, I fed them and me. I also worked on Xane’s POV for MG.

I woke up and met Heidi at the office.

Then I came home to eat and ended up watching Gilmore Girls.

I picked up the girls for the last time this school year.

I went to the Sims’ to make sure I knew what I needed to know about dog/house sitting this weekend.

I went driving for Uber.

I came home and The Fosters was on, so I watched an episode three seasons ahead of where I stopped because nothing else was on. Then, I wanted to see what happened with Brallie, but the series finale just came on last night, so YouTube doesn’t have many updates yet. I still ended up watching an hour long video of them though. 🤦🏼‍♀️🙈🤷🏼‍♀️

I woke up and drove for Uber Eats.

I picked up Lydia and Naomi from school.

The kids and I watched The Greatest Showman and are popcorn at their house. I think it’s their new favorite movie! Haha

I came home to have a meeting with Heidi.

Vanessa text messaged me to let me know they’ve found a family member to nanny their kids for the summer.

I picked up the girls from school.

I went out and drove some more.

I picked up Lydia and Naomi.

I went back to Uber.

I met Heidi at the meeting for The Alliance. It’s based on biblical values and run by Christian people! I could tell just from reading the material and listening to the leaders talk. Then, Heidi confirmed it for me. I do believe that if I’m supposed to be in insurance, then it’s supposed to be with these lovely people!

I’m meeting with Heidi tomorrow to fast track at application or whatever with them. Then, I’ll start making calls for her. 🙂 I’ll get paid for each appointment I set up. 🙂

I woke up and showered before going to church. I started in nursery for the second service, but then was dismissed to go to youth. At 2, I went to go meet Vanessa, Macy, Hudson and Mr. Benke. I already love the kids and the parents seem lovely as well! Lord willing, I’ll be there nanny for the summer! 🙂 If not, then I know the Lord has greater plans for all of us! 🙂

After that, I went driving for Uber. 🙂 Took a brief grocery and dinner break and then went back out. 🙂

I read More of I’ll Gone in the Dark, finished The Arctic Incident and started The Eternity Code. 🙂

I woke up and went to drive for Uber Eats.

I picked up Lydia and Naomi from school and took them home.

I went to the bank and drove Uber.

Kayla Taylor suggested me to Christianne Taylor as a nanny Christianne’s sister’s kids. Vanessa called me and we have a meeting scheduled for Sunday to meet the kids and see if it works. 🙂 I’ll be watching them during the summer. 🙂