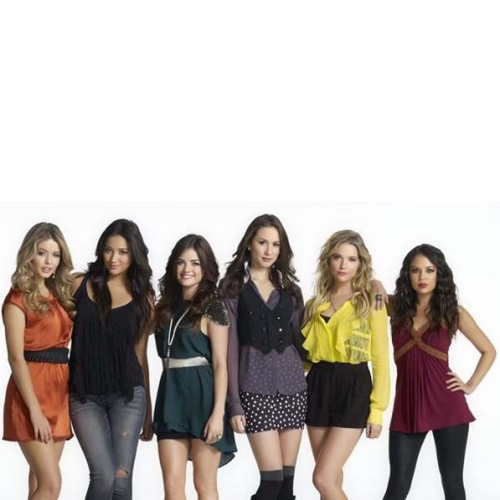 Warning: This post contains Pretty Little Liars spoilers. If you haven’t watched the whole show, then proceed with caution.

A little note: In August 2014, I started watching Pretty Little Liars. That November, I started blogging about it until it ended in 2017. I haven’t watched it since, but people are still reading my posts in 2021. So, I’ve decided to add thoughts and comments based on the feelings and opinions I have in 2021. Because you’re reading this now, I want to thank you! Tbh, after the disappointment of the series finale, I felt like I wasted time writing these posts. Because you’re reading this, it doesn’t feel like a waste anymore. So, thanks!

Always when I start to think nothing big is going to happen, something momentous happens! In two previous posts, I discussed the possibilities of Mona faking her death. In another post, I discussed how Jason could be “A.” And, in my second to the last post, I spoke about Alison and everyone else. Tonight’s episode of Pretty Little Liars may have shed light on many of the things I said could be true! So, let’s talk about what we saw tonight. Recently, Mike has been acting super shady. Many people suspected that was because he is “A.” I theorized, with my friends, that it had more to do with the fact that he knew something about Mona that no one else knew. Tonight, we found out what he knows.

In one episode, the Liars suspected Mike stole their blood and gave it to “A.” Because he does love Mona and love, especially in Rosewood, makes you do crazy things, we can’t rule that out. That said, we do know the blood he was most concerned with was Mona’s blood. And many have theorized that Mona collected her own blood and used it as “evidence” for her alleged death. Tonight, we see that that was true. Mona had been taking her own blood and storing it in a mini-fridge. She told Mike she was going to use it to stage her own death and meet “A.” While Mike was telling Aria about this, he started to cry, proving that he does love Mona. We all know he’s not going to cry unless he means it.

Was Mona telling Mike the truth? Was she bottling her blood, so she could disappear, blame it on Alison, and meet A? Things are rarely so simple in Rosewood, especially when it comes to Mona and the other liars. Also, Mona seemed way too excited to be meeting “A” to be trying to save the girls. I suspect there are two other options here besides, Mona maybe telling the truth for once. Mona and Alison may be working together on this whole thing. They might have a brilliant plan to take “A” down. If so, it’s likely unrealistic to believe they’ll both come out of this alive if neither of them is A. If I’m right, then Mona was either murdered and stuffed into that barrel, or she’s “A.” And everything she’s been doing has been to throw the trail off herself and onto Alison and the other liars.

I also think someone’s going to murder or injure Mike in a strategic and revealing manner. If Mona is dead, then Mike will be injured. If she’s alive, then he will be murdered. (Did anything happen to Mike? I know the actor sort of disappeared to act in Teen Wolf, but I don’t remember what happened to him in PLL.) I don’t think Marlene would have two major characters murdered at the same time. Not when we’re about to get the most major clue ever. Besides, that would be depressing. We need as many of our Liars as clear-minded as they can be for this next stretch before we find out who “A” is! They won’t have clear minds if someone dies, especially not one of their brothers.

In the end, when we saw “A” or “A’s” minion in Mike’s room, and it looked a lot like a man, or at least a girl wearing extra layers. There are two men Alison has tortured but have yet to come up with cover stories—Jason and Lucas. It doesn’t seem unlikely either of them would be doing “A’s” dirty work. Then, there’s always Wren, who we still know nothing about, and who has always been super sketchy!

Now, let’s talk about the relationships! Spencer and Toby. Aria and Ezra. Under all the intense “A” action, we’ve been having some mild couple drama too! Toby’s been avoiding Spencer because Tanner still suspects Spencer of criminal activity. And she didn’t stop Jonny when he kissed her! Geez, Spenc! What kind of a girlfriend are you? If you’re feeling lonely, you could have at least kissed him BEFORE Toby told you why he’s been avoiding you! Not afterward! Gosh! (I’m glad I had a somewhat rational response to at least some of the awfulness that came with the PLL couples.)

Then there’s Aria and Andrew. If he’s not gay, then he has a thing for Aria. But she’s still sort of dating Ezra, even if we haven’t seen him or them in a while! I mean, they never agreed they would take a break for her to “experience life” did they? Didn’t think so! So, I’m suspecting that Aria and Andrew are going to have a thing. That or Ezra’s going to step in and win Aria back, even though he hasn’t lost her. He’s being over-sensitive about Aria’s letter. Yes, it a little truthful, but her relationship with him has been the most normal part of her life in high school. (How twisted is that? Rosewood is so messed up, the most normal thing in Aria’s life is her relationship with her high school English teacher.) How could he not see that? Why would he try to push her away again? I hope SOMETHING happens with them soon because I’m kind of getting worried! (SMH. I still can’t believe I shipped them so hard…)

P.S. Happy 19th Birthday to Sasha Pieterse! (Dang. I forgot how much younger she was than the other actors. She’s still younger than the other actors were when the show ended. She turned 25 in February 2021. Ashley Benson and Lucy Hale, the other youngest of the show, turned 27 in the show’s final season. Crazy!)

Thanks for reading! Let me know if you need anything! Like seriously. I’m here for you!

Find my podcasts “The Mask; Her Aid” and “Obsessive Girl Podcast.”

You can also buy my book “The Mask; Her Aid” by Brittany Alexandria on Amazon for Kindle.