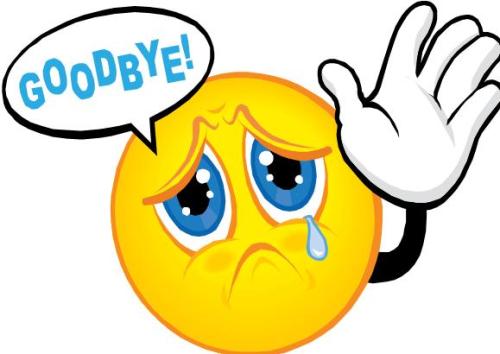 We’ve lost a lot of celebrities in 2016. To the world of fandoms though, they weren’t just celebrities. They were people who touched our lives as much as, if not more than, those people we actually see and talk to every day. I’ve decided to write an obituary of sorts for each the celebrities that in one way or another have touched and affected my life. I’ll admit, I can’t claim to be a part of any of these celebrities’ fandoms, but I can say that I respected each of them in their own right and in that manner, have been a fan of them.

Alan Rickman: I have by no means been a fan of you directly, simply because I’ve only ever seen you in Harry Potter and I’m not exactly a fan of Professor Snape to begin with. That being said, the Harry Potter series wouldn’t be what it is without your portrayal of Professor Severus Snape. You did an excellent job of bringing him to life. Thank you for that. Thank you for being a part of a fandom that has given so many people a hopeful escape from the “real world.”

Dave Mirrar: I can’t say I was ever a deliberate fan of you either. Growing up, I was always a fan of the X Games though and that’s why I have a vague memory of who you are. Once upon a time, I dreamed of being a part of the X Games. While that dream died as my childhood turned into adolescence, my ability to dream never did. That came in large part with because I spent so many years watched the X Games and watching guys like you follow their dreams. Thank you for that.

Christina Grimmie: 22 years old. I devoted a whole blog post to you Miss Grimmie. I wasn’t a part of your fandom. I was a fan though. I was a fan your dedication and perseverance. I was a fan of your seemingly humble spirit. You are maybe one of the most popular stars to come from YouTube. You paved the way for girls like me. You showed us that with some work and dedication we might be able to make something of ourselves by posting videos of our music and covers of other people’s music. Thank you for being a shining light in a dark world. Even after your untimely death, you’ve shone so brightly. Thank you.

Carrie Fisher: To be honest, I didn’t watch Star Wars before I was fifteen and haven’t watched again until today. I was a fan of Star Wars though. My childhood best friend’s brother use to “train” us in the way of the force and we’d fight each other lightsabors. It was awesome! Thank you for being a part of the reason I have those childhood memories. Thank you for being one of the female leads, like Natalie Portman after you as your “mother”, who showed girls that we can kick ass just like the boys can.

Debbie Reynolds: I didn’t watch Halloweentown until this past summer as a part of my goal to “binge and blog” the 100 DCOM’s. Nonetheless, I am still beyond grateful that you took us all to Halloweentown. It was so much fun to watch. Thank you! Thank you for take me to Halloweentown! Even as a 22-year-old girl, it was a pleasure to go with you! Thank you further for reminding us that “being normal is vastly overrated.” I am a firm believer that being weird is just a side effect of being awesome and your role as Aggie Cromwell only further proved my belief! Thank you!